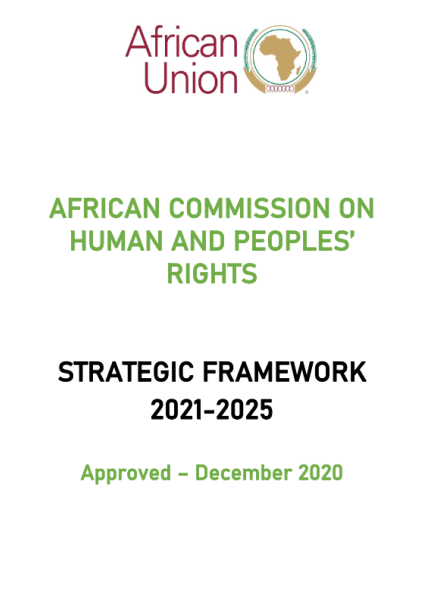 Africa operates within a global ecosystem. It affects and is impacted upon by the geopolitical, socio-cultural and economic circumstances of the world. It is thus imperative to examine the current state of affairs globally in order to better understand Africa’s situation – as well as the ripple effects that Africa is not immune to. Respect for and protection of human rights offers States a pathway towards greater stability and is critical to building resilient and unified societies around the world where peace, security and development can be strengthened or rebuilt.

In the recent past however, the advancement of human rights has been greatly hampered by the rise of fundamentalism which is expressed by the rise to power of far-right governments and violent extremism; increasing intolerance in the form of sexism, racism and xenophobia; capitalistic, extractive and exploitative economies that have caused and greatly contributed to deepening inequalities; widespread displacement resulting from natural disasters, effects of climate change and conflict and the challenges posed by technological innovations. In this context, State and non-State actors have failed to adhere to protection of fundamental rights and basic principles of international human rights law.

Further, inequality remains one of the major problems of the contemporary world. Despite the era of extra-ordinary economic growth and widespread improvements in living standards, there exist deep inequalities within and between States.2 Messages of ‘us’ vs ‘them’, discriminatory attitudes over who and what is acceptable and who should be excluded based on how they look, where they worship or where they come from are becoming increasingly prevalent.3 Gender, ethnicity, race, socio-economic status and place of residence continue to shape opportunities and outcomes.4 Mass protests and widespread unrest have been witnessed around the world fuelled by growing inequalities, unfulfilled socio-economic rights, job insecurity, income disparities, lack of opportunities and discontent and frustration across generations.

These challenges while exogenous, remain relevant to the African context and are therefore important in shaping the engagement of the African Commission on Human and Peoples’ Rights (ACHPR) within the continent and, through its partnerships, beyond it.

Theme of the year