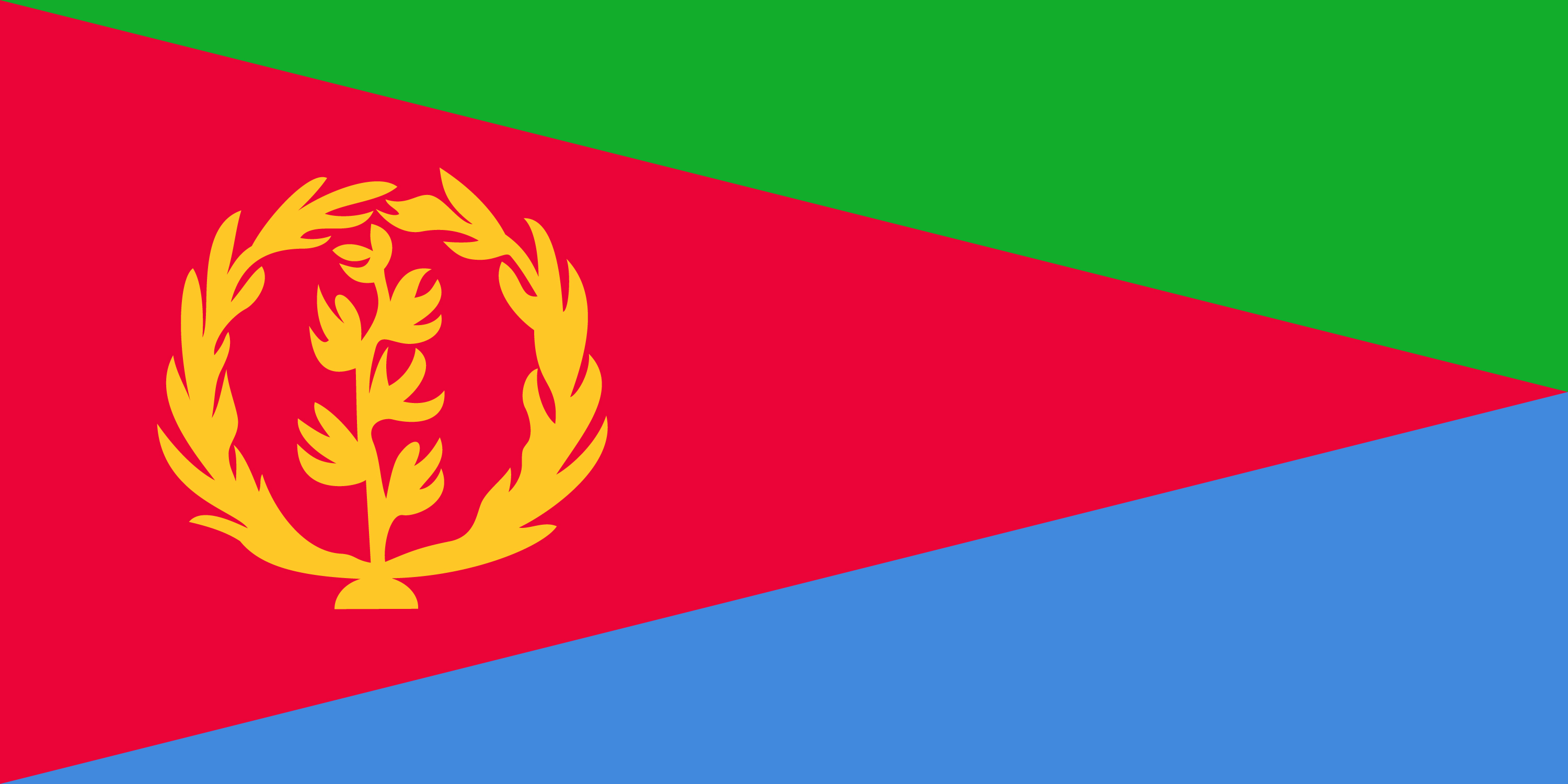 Eritrea (/ˌɛrɪˈtreɪə, ˌɛrɪˈtriːə/;[15] (listen); Tigrinya: ኤርትራ), officially the State of Eritrea,[16] is a country in the Horn of Africa, with its capital at Asmara. It is bordered by Sudan in the west, Ethiopia in the south, and Djibouti in the southeast. The northeastern and eastern parts of Eritrea have an extensive coastline along the Red Sea. The nation has a total area of approximately 117,600 km2 (45,406 sq mi), and includes the Dahlak Archipelago and several of the Hanish Islands. The name Eritrea is based on the Greek name for the Red Sea (Ἐρυθρὰ Θάλασσα Erythra Thalassa), which was first adopted for Italian Eritrea in 1890.

Eritrea is a multi-ethnic country, with nine recognized ethnic groups in its population of around 5 million. Most residents speak languages from the Afroasiatic family, either of the Ethiopian Semitic languages or Cushitic branches. Among these communities, the Tigrinyas make up about 55% of the population, with the Tigre people constituting around 30% of inhabitants. In addition, there are a number of Nilo-Saharan-speaking Nilotic ethnic minorities. Most people in the territory adhere to Islam or Christianity.[17]